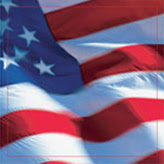 Back in a post from June 2005,  I posted about the need to tag my children (equip them with proper identification) after the tsunamis of Asia and Africa.
I decided to revisit this post for obvious reasons –  the earthquake and tsumani of March 11, 2011 in Japan.

In that post, I was concerned about my children being left to wander around a city without the ability to communicate who they were, where they came from, or who their parents were if my husband and I did not survive.  At the time, my children were pretty young.

At the ages of 8 1/2 and 6 and with a little more travel under their belts, I don’t worry so much about Sweet Pea and Gypsy Boy being able to somehow,  communicate with concerned, possibly confused adults.

But, just like the tsunamis of 2005, there can and will be disasters.  What are the precautions we could take today?

When one registers for an anticipated trip he or she will receive:

1) Updates on travel warnings and alerts,
2) The information entered about your travel plans will make it easier for embassies around the world to contact you and your loved ones during an emergency —including situations where your family or friends in the U.S. are having problems trying to contact you with important news.

According to the State Department 16,700 U.S. citizens and family members were evacuated from Haiti after last year’s earthquake.

A little peace of mind.
Now pack the babies and go!

The Excitement of Leaving

A Travel with Children Tip